The beleaguered company were delighted to see a white man, and at once sent one of their number to meet him. Their ammunition was almost exhausted, their dead were unburied in their midst , and their situation was desperate. Bateman, following out his instructions, told the representative of the emigrants that the Mormons had come to their assistance, and that, if they would place themselves in the white men's hands and follow directions, they would be conducted in safety to Cedar City, there to await a proper opportunity for proceeding on their journey.

Lee was directed by John M. Higbee, major of the Iron Militia, and chief in command of the Mormon party, to go to the camp to see that the plot agreed upon was carried out, Samuel McMurdy and Samuel Knight following him with two wagons which were a part of the necessary equipment. Never had a man been called upon to perform a more dastardly part than that which was assigned to Lee. Entering the camp of the beleaguered people as their friend, he was to induce them to abandon their defences, give up all their weapons, separate the adults from the children and wounded, who were to be placed in the wagons, and then, at a given signal, every one of the party was to be killed by the white men who walked by their sides as their protectors.

Lee draws a picture of his feelings on entering the camp which ought to be correct, even if circumstances lead one to attribute it to the pen of a man who naturally wished to find some extenuation for himself: "I doubt the power of man being equal to even imagine how wretched I felt. No language can describe my feelings.

Tears of bitter anguish fell in streams from my eyes; my tongue refused its office; my faculties were dormant, stupefied and deadened by grief. I wished that the earth would open and swallow me where I stood. When Lee entered the camp all the people, men, women, and children , gathered around him, some delighted over the hope of deliverance, while others showed distrust of his intentions. Their position was so strong that they felt some hesitation in abandoning it, and Lee says that, if their ammunition had not been so nearly exhausted, they would never have surrendered.

But their hesitation was soon overcome, and the carrying out of the plot proceeded. All their arms, the wounded, and the smallest children were placed in the two wagons. As soon as these were loaded, a messenger from Higbee, named McFarland, rode up with a message that everything should be hastened, as he feared he could not hold back the Indians.

The wagons were then started at once toward Cedar City, Lee and the two drivers accompanying them, and the others of the party set out on foot for the place where the Mormon troops were awaiting them, some two hundred yards distant. First went McFarland on horseback, then the women and larger children , and then the men. When, in this order, they came to the place where the Mormons were stationed, the men of the party cheered the latter as their deliverers.

The story of the Mormons, from the date of their origin to the year 1901,

As the wagons passed out of sight over an elevation, the march of the rest of the party was resumed. The women and larger children walked ahead, then came the men in single file , an armed Mormon walking by the side of each Arkansan. This gave the appearance of the best possible protection. When they had advanced far enough to bring the women and children into the midst of a company of Indians concealed in a growth of cedars , the agreed signal — the words, "Do your duty" — was given. As these words were spoken, each Mormon turned and shot the Arkansan who was walking by his side, and Indians and other Mormons attacked the women and children who were walking ahead , while Lee and his two companions killed the wounded and the older of the children who were in the wagons.

With the women and children it was different. Instead of being shot down without warning, they first heard the shots that killed their only protectors, and then beheld the Indians rushing on them with their usual whoops, brandishing tomahawks, knives, and guns. There were cries for mercy, mothers' pleas for children's lives, and maidens' appeals to manly honor; but all in vain. It was not necessary to use firearms; indeed, they would have endangered the assailants themselves. The tomahawk and the knife sufficed, and in the space of a few moments every woman and older child was a corpse.

When Lee and the men in charge of the two wagons heard the firing, they halted at once, as this was the signal agreed on for them to perform their part. McMurdy's wagon, containing the sick and wounded and the little children, was in advance, Knight's, with a few passengers and the weapons, following. We have three accounts of what happened when the signal was given, Lee's own, and the testimony of the other two at Lee's trial. Lee says that McMurdy at once went up to Knight's wagon, and, raising his rifle and saying, "O Lord my God, receive their spirits; it is for Thy Kingdom I do this," fired, killing two men with the first shot.

Lee admits that he intended to do his part of the killing, but says that in his excitement his pistol went off prematurely and narrowly escaped wounding McMurdy; that Knight then shot one man, and with the butt of his gun brained a little boy who had run up to him, and that the Indians then came up and finished killing all the sick and wounded. McMurdy testified that Lee killed the first person in his wagon — a woman — and also shot two or three others. When asked if he himself killed any one that day, McMurdy replied, "I believe I am not upon trial.

I don't wish to answer. Lee said he could have given the details of their pursuit and capture if he had had time. An affidavit by James Lynch, who accompanied Superintendent Forney to the Meadows on his first trip there in March printed in Sen. The object of killing this man was to leave no witness competent to give testimony in a court of justice but God. Nephi Johnson, another witness at Lee's second trial, testified that he saw Lee and an Indian pull a man out of one of the wagons, and he thought Lee cut the man's throat.

The only persons spared in this whole company were seventeen children, varying in age from two months to seven years. They were given to Mormon families in southern Utah —"sold out," says Forney in his report, "to different persons in Cedar City, Harmony, and Painter Creek. Bills are now in my possession from different individuals asking payment from the government.

I cannot condescend to become the medium of even transmitting such claims to the department. Judge Cradlebaugh quotes one of these children, a boy less than nine years old, as saying in his presence, when they were brought to Salt Lake City, "Oh, I wish I was a man. I know what I would do. I would shoot John D. I saw him shoot my mother. 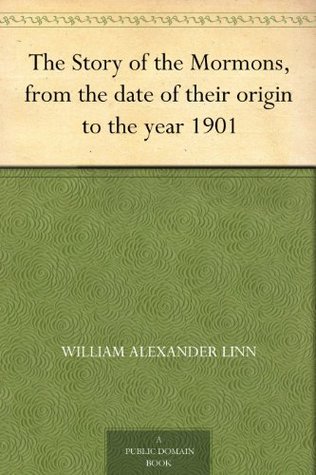 The total number in the Arkansas party is not exactly known. The victims numbered more than Jacob Hamblin testified at the Lee trial that, the following spring, he and his man buried " odd" skulls, counting them as they gathered them up. A few young women, in the confusion of the Indian attack, concealed themselves, but they were soon found. Hamblin testified at Lee's second trial that Lee, in a long conversation with him, soon after the massacre, told him that, when he rejoined the Mormon troops, an Indian chief brought to him two girls from thirteen to fifteen years old, whom he had found hiding in a thicket, and asked what should be done with them, as they were pretty and he wanted to save them.

Lee replied that "according to the orders he had, they were too old and too big to let go. One of the little children saved from the massacre was taken home by Hamblin , and she said the murdered girls were her sisters. Richard F. Burton, who visited Utah in , mentions, as one of the current stories in connection with the massacre, that, when a girl of sixteen knelt before one of the Mormons and prayed for mercy, he led her into the thicket, violated her, and then cut her throat.

As soon as the slaughter was completed the plundering began.

When Lee got back to the main party, the searching of the bodies of the men for valuables began. The horses and mules were divided in the same way. The Indians and probably their white comrades had made quick work with the effects of the women. Their bodies, young and old, were stripped naked, and left, objects of the ribald jests of their murderers. Lee says that in one place he counted the bodies of ten children less than sixteen years old.

When the Mormons had finished rifling the dead , all were called together and admonished by their chiefs to keep the massacre a secret from the whole world, not even letting their wives know of it, and all took the most solemn oath to stand by one another and declare that the killing was the work of Indians. Most of the party camped that night on the Meadows, but Lee and Higbee passed the night at Jacob Hamblin's ranch. In the morning the Mormons went back to bury the dead. All these lay naked, "making the scene," says Lee, "one of the most loathsome and ghastly that can be imagined.

It is presumable they also had some money.

Haight, and others of influence, held another council, at which God was thanked for delivering their enemies into their hands; another oath of secrecy was taken, and all voted that any person who divulged the story of the massacre should suffer death , but that Brigham Young should be informed of it. It was also voted, according to Lee, that Bishop Klingensmith should take charge of the plunder for the benefit of the church. The story of this slaughter, to this point, except in minor particulars noted, is undisputed.

No Mormon now denies that the emigrants were killed, or that Mormons participated largely in the slaughter. What the church authorities have sought to establish has been their own ignorance of it in advance, and their condemnation of it later. From Wikipedia, the free encyclopedia. Main article: Mormon War Main article: Haun's Mill massacre. Missouri Secretary of State. Retrieved June 15, Doniphan , quote. Oration Delivered by Mr.

The Story of the Mormons, From the Date of Their Origin to the Year 1901